“The Clear Stream” from Friedrich Burgmuller’s Twenty-Five Progressive Pieces offers a student an opportunity to create limpidly beautiful phrases from unraveled broken chords spun out in triplets. In order to create the “mormorando” (murmuring effect) in the treble, it’s best to first block out the “chord” patterns with a “spongy” wrist in slow motion before playing them as written.

The permeating, rolling, triplet figures enlist a counter-clockwise circular motion of the arm/wrist/right hand, most easily perceived when they are practiced in back tempo. (The bass in part A, by contrast, is an alternation of two notes in a perfect 5th relationship–best played with a rotational, “rocking motion”)

The middle section, (Part B) in contrast to the opener, presents two voices demanding equal attention so the bass line, for example, can be practiced independently, as a counter-melody with its own required nuance and shaping. (slow playing is recommended)–The treble has its melody bouncing off the bass as part of the triplet figure continuum. Blocking out the treble, therefore, in pairs of notes reveals a melodic thread that should be fleshed out as an important “voice” once the section is played unblocked. 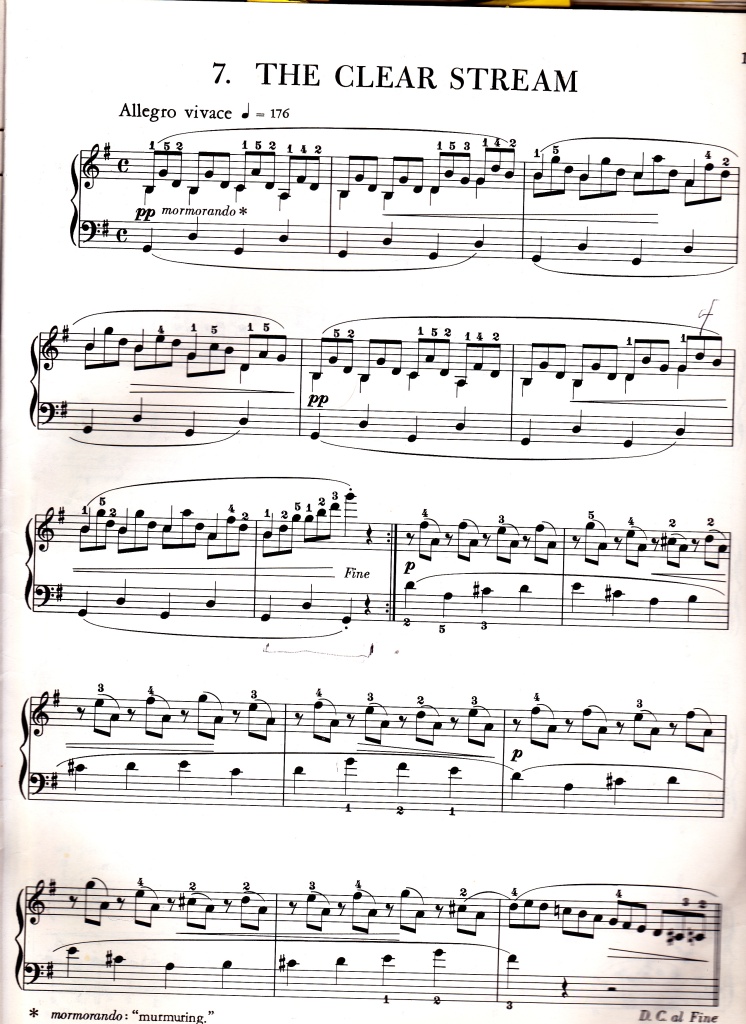 The videotaped tutorial fleshes out the practicing routines as described above with a harmonic rhythm dimension added.

First, A Play Through: (In tempo)

*Burgmuller’s “Harmony of the Angels,” probably more well-known to pianists, is composed of “rolling” triplets in broken chord patterns. Therefore, a blocking approach to practicing applies here as well. (with the flow of harmonies and their changes influencing phrasing)