The original vision of Vladimir Feltsman, the Special Music School, with its serious commitment to musical development, is a K-8 public school with a private endowment. Located in the hub of Lincoln Center on W. 67th, its easy access to the great concert halls of the world, and the Juilliard School make it a draw for students in all five boroughs. For 15 openings, there may be 500 applications. 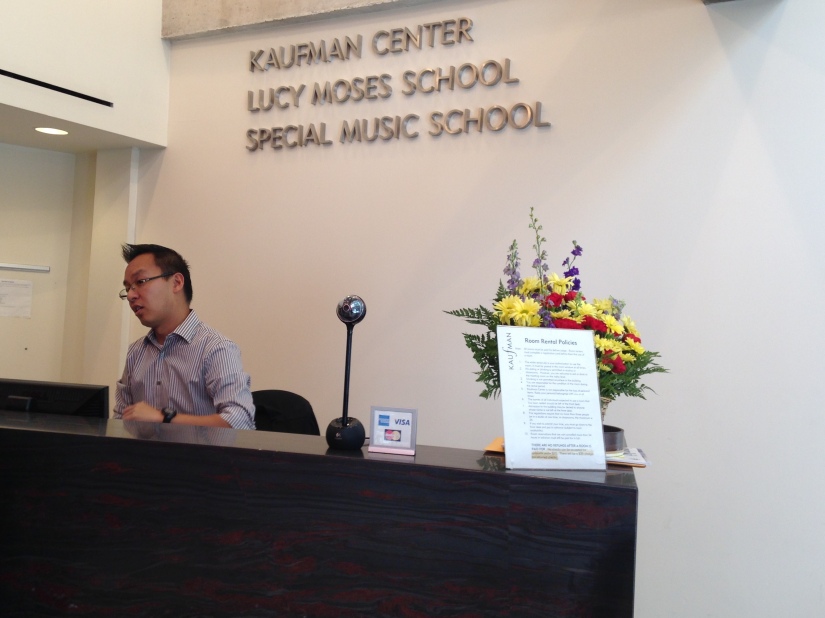 More About the School

“Special Music School, P. S. 859, is the first and only public elementary school in the United States that combines a full academic program with performance-oriented music training within the regular school day starting in Kindergarten. The music program includes private instrumental lessons and classes in music theory, history and chorus. The academic program emphasizes an integrated learning approach that develops problem-solving skills through hands-on cooperative learning experiences. The dedicated staff and faculty are committed to helping each child realize his/her full potential musically, academically, and socially.

In 2013, a “new” high school was added in a separate building in the Martin Luther King Educational Complex a few blocks from Kaufman. “… Dedicated to providing talented young musicians the opportunity to pursue serious, pre-professional along with a rigorous curriculum,” this secondary educational tier promotes “the development of the student as a musician for the 21st century.”

I was fortunate to observe three piano students in the elementary grades taught by Irina Morozova, a towering pianist and teacher in the great Russian tradition.

The first of her brood, Daniel Mori, began his lessons in Kindergarten and has musically flourished under his able teacher’s wings into sixth grade. With awards and competition-related honors amassing, the youngster approaches the piano as a singing instrument with an embedded technical fluency grown assiduously by Maestra Morozova.

In these recorded lessons-in-progress, Daniel works on the Clementi Sonata in F# minor, Op. 25, No. 5, and Liszt’s Leggierezza.

Links to blogs about Daniel and his progress:

During the interview below, Irina Morozova discussed her approach to teaching Daniel from the very beginning of his studies. (included is a 2012 sample of her student’s artistry)

“Irina Morozova made her New York debut with a solo recital at Carnegie Hall in 1996 after winning Artists International Auditions. Critics raved, “Morozova possesses an astonishing beauty of sound and power of ideas…she is the sort of pianist who can turn a simple phrase into magic….”

“Born to a musical family, Irina Morozova began her musical studies at the Leningrad Special Music School for Gifted Children and graduated with honors from the Rimsky-Korsakov College of Music where her major teacher was Galina Orlovskaya. Studying with Vladimir Shakin at the Saint-Petersburg Conservatory, she performed in the concert halls of Saint-Petersburg, Moscow, Kiev, and many other cities in the former Soviet Union. She also toured former East Germany and appeared with the Berlin Radio Symphony in the famed Schauspielhaus.

(A list of performance credits is too long to tabulate, though they encompass a variety of international venues.)

“Ms. Morozova received her Master of Music degree from the Manhattan School of Music where she studied with Dr. Arkady Aronov. Since 1997 she has been on the faculties of Mannes College of Music and the Special Music School at Kaufman Center.”